Tip of the Day:  Did you hear J.K. Rowling's big news?

There was this really interesting article from Publisher's Weekly about teens and ebooks earlier this week. Read it here.

Based on a survey, teens are "reluctant" to embrace ebooks. Then the articles goes to talk about how agents, editors, and writers disagree. I think that's fantastic! In whole, it's a really exciting article about the future of ebooks for teens. There are some pretty cool apps that can be piggybacked on ebooks and it seems publishers are jumping on that. Luuuuv that idea - planning to do that myself in the future.

Unfortunately, I think there were a couple of odd assumptions made in the article.


Kids can read e-books on laptops or phones, but the e-reader makes it easier. “There still has to be an investment in the actual device before you start buying e-books,” says agent Ginger Clark. Still, with a basic Kindle now selling for just $79 (and machines inevitably getting less expensive) and a growing number of kids getting their parents’ hand-me-downs, more teens are becoming e-reader owners. (Ypulse’s Shreffler predicts a cell-phone–like “two-year window” for the devices.) 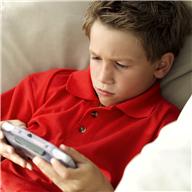 100% true. Teens do need a device of some sort to read an ebook. However, I seriously need to argue the idea that $79 for an introductory Kindle is too much. Many teens own a Nintendo DS (over $200, plus games which run anywhere from $9.99 to $59.99) or iPod Touch (again, hundreds of dollars - and they can read ebooks on it!). They have game systems like Wii or XBox or Playstation - all costing hundreds of dollars with equally expensive games.

If parents are willing to shell out cash for those electronics, what makes it seem like a basic Kindle at $79 is too expensive? I'm confused...

“Teens still find passing a copy back and forth is the easiest way to share,” says Clark at Curtis Brown. With e-books, passing along to others isn’t allowed.

I suppose that's true ... for ebooks with DRM - digital rights management. Traditional publishers put this limitation on their books so people can't share. That's too bad. Most indies, like me, don't utilize DRM so teens can share as many ebooks as they want. Please, pass my books on, I don't care. I'd love to see traditional pubs strip DRM from their ebooks too. After all, you can't force someone to not share a paperback. Why not let them share an ebook?

Many teens are slowly realizing they can check out e-books from the public library. 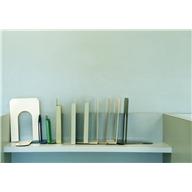 What breaks my heart about this statement, and they go into it a bit in the article, is that libraries are going to be shut out of ebooks from four of the Big Six publishers. I'm a HUGE proponent of libraries. My mom is a library aide. I've worked in libraries. My books circulate in libraries. I think people should have access to ebooks in libraries and I hope they work it out soon. Every librarian I know wants ebooks in circulation. Read more about this travesty here.

I think teens are poised to blow up the ebook market. They want content when they want it. I actually prefer ebooks now to paper, having read on my iPhone, Nook, and computer for a few months. It has to be something pretty special for me to shell out for a hardcover now.

Most of this Publisher's Weekly article is fantastic, just a couple things are wonky (to me), and I really do feel bad that traditionally published authors get such a low royalty rate on their ebooks. As a self-published author, I get a 70% royalty on my Kindle books priced above $2.99. I'm making a pretty good living, even with expenses like covers, swag, formatting, etc, etc, etc.

So, YAY to teens falling for ebooks! It's awesome. YAY to traditional publishing for investing in ebooks. YAY to trad pub for following indie writers' strategies of setting the first book free (my first novel, Anathema, is FREE on Smashwords & the iBookstore and Wattpad) and pricing as low as $2.99. But BOO to trad pub for not giving its talent higher ebook royalties. And BOO to trad pub for denying libraries access to some of their books.

Note: Oh, and it may look like I'm jabbing at Ginger Clark. I'm not. It just happened to be the parts she commented on in the article. I simply have a different viewpoint and opinion. I hear she's a pretty cool chick & a great agent.

Okay, I'll start this conversation with my 13-year-old's experiences. Her school insists that every student carry a book of his or her choice for reading periods. There are also many book reports required on books of their choice. She says that more and more kids are bringing ereaders to school, and the school makes them very welcome. She hasn't asked to borrow my Nook yet, but I'm thinking the peer pressure will kick in eventually. Right now she prefers books Mom can't take away to get my ereader back!

Oh, I meant to add that with the new ereaders connecting to Facebook and other sites AND being allowed in school, I think they're going to take off big time. Once kids realize they can read and stop to check Facebook after every chapter on the same device, I don't think it will be the cheap ereaders that penetrate the teen market, but the ones priced more like a Nintendo DS.

At my daughter's high school, students are allowed to have iPads or devices for their textbooks (that's what my daughter really wants, not to have to carry so many textbooks).

I had a chat with the 6th grade teacher at my kids' school about technology like this in the classroom. There are some hurdles to overcome in schools, but it's doable.

My 4th grader loves reading ebooks on her iTouch. :D

Well, if I had a Kindle when I was a 'teen' I'd definitely have read on it. I did get a Kindle for my 20th birthday, so I'm one year shy of that category! I'll just say, in every instance I'd much rather read a book on my Kindle as it is extremely portable (fits easily in my purse, can read anywhere), the cover + light switch is super handy and much better than reading at night by a lamp on my nightstand, and it's so friggin light. I read strictly on my Kindle when I first got it for 3 months and when I read a hardback I was like "holy frig how do I even hold this?"

I love Kindle prices, and all of that other jazz.

I do have hopes to have an amazing library one day in my house, so in some cases I might be buying a book twice, but that's okay!

Also, little nice tidbit, Anathema was the first book I "purchased" (it was free!) for my Kindle. :D

My library offers e-books to rent, I'm not sure how to go about that so I have not yet, but I always saw the sign when I'd go in.

Many libraries partner with Overdrive and have access to some ebooks. It's unique to each library which ebooks their patrons can access. Your circulation librarian should be able to help you out with that.

I really enjoy reading on my iPhone because that means I have a book with me all the time - no matter where I'm at - and I don't have to worry about remembering to bring a book with me. It's a good thing. :D

Teen talking. I much, much prefer to have a "tree book" simply because my poor eyeballs spend enough time staring at a glowing screen as it is.

However! Ebooks cater to a problem I'm sure most teens feel acutely: money. With so many cheapies and freebies from self-publishers and small or indie presses, plus the fact even traditionally published novels are of course cheaper in electronic format, I can't help but have some stock in ebooks.

Still, I don't own an ereader. (Amazon cloud reader is my friend. :) ) Problem number one: back to the money problem, although I'm the sort who would be perfectly fine finding a good deal on a used one on ebay. Problem number two: I don't use ebooks often enough to warrant getting a device solely for using them.