Tip of the Day: Like Tumblr? You can follow YA Highway on Tumblr at http://yahighway.tumblr.com/. And Game of Thrones fans must get the excellent advice at http://jorahsays.tumblr.com/.

So an outliner is me. I outlined a trilogy based on a novel I wrote a couple of years ago and started rewriting the novel. And I don't like it. I don't feel like the outline is stiffening the writing or taking the surprise out of it. I just don't like it. Maybe revising an old novel feels like going backwards. Maybe I feel like I should be spending my time working on something more similar to my last novel.

The problem is that my last novel required a lot of research, and if that's going to be my brand, it's going to be very, very difficult to produce in quantity. Which is a pain in the butt. Aren't we new media/new publishing world writers expected to have lots of product on hand? Have we lost the luxury of taking a year or more to write a novel because of the research involved?

Okay, back to the drawing board. The whole idea of having outlines this summer is so I'd know what to write. I went in fully prepared to put aside outlines and first chapters and ignore them. And if that's what I've decided to do ... well, that outline and opening chapters aren't going anywhere, and maybe they'll have some use someday. Ha.

But now I need to write an outline for a novel where I have no idea what the main plot is, I'm not sure   who all the viewpoint characters should be, and that naturally means I don't know where to begin the novel. I'm in pre-outlining mode. I'm Googling things like strip mining and Civil War regiments of colored troops and census names and hoping this all comes together into something.

Anyway, I have a page labeled "Promises to Reader." Actually, it's in my handwriting, so it's labeled "promses 2 readr" but you get the point. There are subtitles for things my setting promises the reader. (Underground tunnels. Fires/explosions.) And there's a subtitle which, in my writing, is YA Genre promses 2 readr. Here's what's under that heading so far:

romance
change
looking ahead, not back
injustice
proactive main characters
making difficult decisions about the future 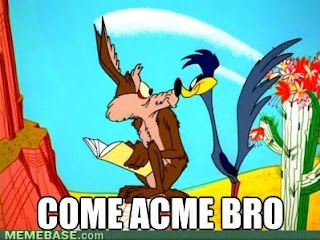 Right now I've got what feels like 7 subplots but I'm missing the hook. The thing that would make you think "I have to read this book." So I'm still reading and thinking and putting things together, and trying to come up with something that will catch me a fast hook and not push me off a cliff to nowhere.

But this week I'll start sketching out scenes and character motivations, and that will give me the foundation of an outline. And then I'll outline it, write a few chapters, and decide whether to keep going or pick a different story idea from the Acme catalog of half-baked ideas in my brain. And probably somewhere in there, I'll fall off a cliff once or twice. Let the madness continue!

Kate, it is better to have spent the summer outlining a trilogy and deciding you need time away from it -- and may again start over -- than the whole novels themselves! Success! :)