Tip of the Day: The cheesy Hallmark channel Christmas movies are back! And every Saturday night 7c/8e there is a brand new holiday movie!

I'm totally in the Christmas mood already. Usually I hold off until after Thanksgiving but I've already switched to the Christmas Starbucks drinks, I'm watching all the holiday movies, and my Christmas shopping is well under way. And I was thinking about my worst Christmas present ever, which I blogged about on here four years ago. It's flashback time:

--
It was my first Christmas with my first REAL boyfriend. We had been together most of the year and were quite in the giggly, touchy feely, calling each other nauseating pet names stage of the relationship. I had big expectations for this first perfect Christmas and the perfect Christmas gift that was sure to come from he, my Prince Charming. I imagined all kinds of things-- would it be a book of love poems that he inscribed with some amazing note that I would look at every Christmas for the rest of my life? 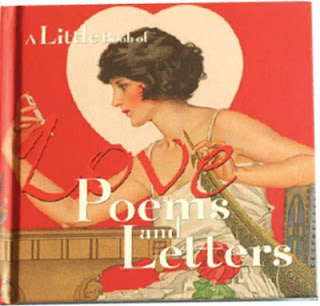 Would it be some amazing piece of jewelry, like a necklace with our birthstones or a locket with our pictures side-by-side? 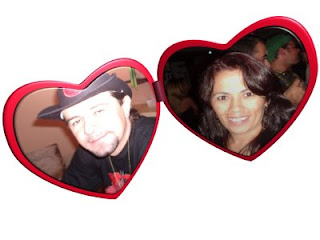 Whatever it was, I knew it would be momentous and it would be something I'd take out to show my own kids and grandkids someday.

Though I still remember it like it was yesterday. We were sitting on our knees, facing each other, in front of the lit Christmas tree in my livingroom. I had just given him an AMAZING gift (no, I don't remember what it was, but certainly it was AMAZING). And he had just handed me mine. It was in what looked like a clothes box, but I knew it wouldn't be clothes. Not on our perfect first Christmas. Clothes is an old person's Christmas gift. Maybe it was a stunning photo collage of our relationship? I nervoulsy lifted the flaps of wrapping paper, stealing glances at him. He was very excited and proud of whatever lay in the box. Finally it was open. I parted the layers of white tissue paper and froze. Him, giant smile, so pleased with himself. Me, afraid to lift the item out of the box and a hundred thoughts flying through my head of how I was going to make this ok and what I would tell people when they were sure to ask about my first glorious Christmas gift from my boyfriend.

Want to know what it was?

It was a navy blue sweatshirt with a white turtleneck sewn into the collar. And on the front of the sweatshirt were two big embroidered teddy bears hugging. 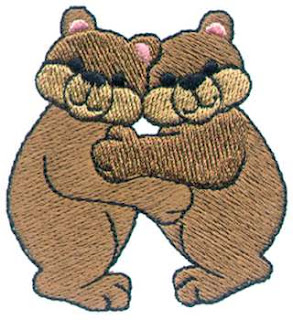 I didn't know what to do. I was a teenager, afterall, not eighty and in a nursing home. I couldn't figure out why he thought I'd wear a turtleneck sweatshirt with teddy bears. "Did you read it?" he asked. Oh god, there's more? I thought. I looked at the shirt and sure enough, over the teddy bears it said "I love you BEARY much." Of course it said that. It couldn't just stop at the teddy bears right? I let out some weird kinda giggle and tried to hide my dissapointment. "I, oh, uh, love it" I said. I never was an actress. "I knew you would," he said. "Wear it to my New Year's Eve party ok?" I almost fell backward. What's this? Some kind of joke? He actually wants me to wear this? In public? I tried to make like I had another outfit already but he was so darn proud of his bears in love shirt and insisted that I wear it.

I did wear it. But only that one time. I remember slipping it over my head and feeling like the turtleneck was choking me. I remember walking down the long hallway from my bedroom to the front door of my house, past my three brothers who were all rolling around on the floor laughing and pointing at me and my sweatshirt. And I remember my boyfriend's big smile and him telling me how good I looked when I walked into his house that night.

That, of course, was the last of the sweatshirt. I got rid of it soon after. It never did become that item I'd show my kids and grandkids. And I never told anyone else this story. Until now.
--

What was your worst Christmas present?

Posted by Kristina Springer at 8:17 AM

That is really funny. Actually, I can't remember my worst Xmas present. But loved your story.

wow great i have read many articles about this topic and everytime i learn something new i dont think it will ever stop always new info , Thanks for all of your hard work! teddy bear