Some Book News from Kristina...

Brett Duquette at Sterling Children's Books has acquired Cici Reno Knows it All, first in the middle-grade Yoga Girls series by Kristina Springer. It follows a pre-teen yoga enthusiast who helps her best friend get a crush's attention by impersonating her on Twitter, but a friendly favor turns into a social media love triangle. Publication is slated for spring 2016; Andrea Somberg at Harvey Klinger negotiated the deal for world rights. 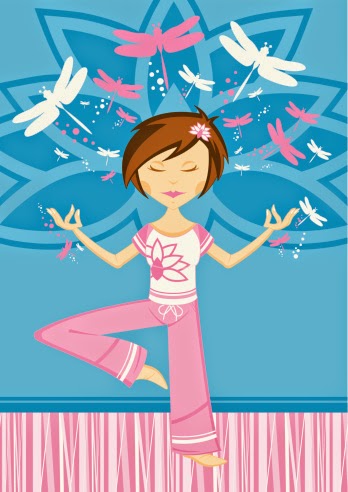 Want to try a free sample of my writing? My young adult short story, Cart Princess, is free today. Check it out and leave a review. :-) 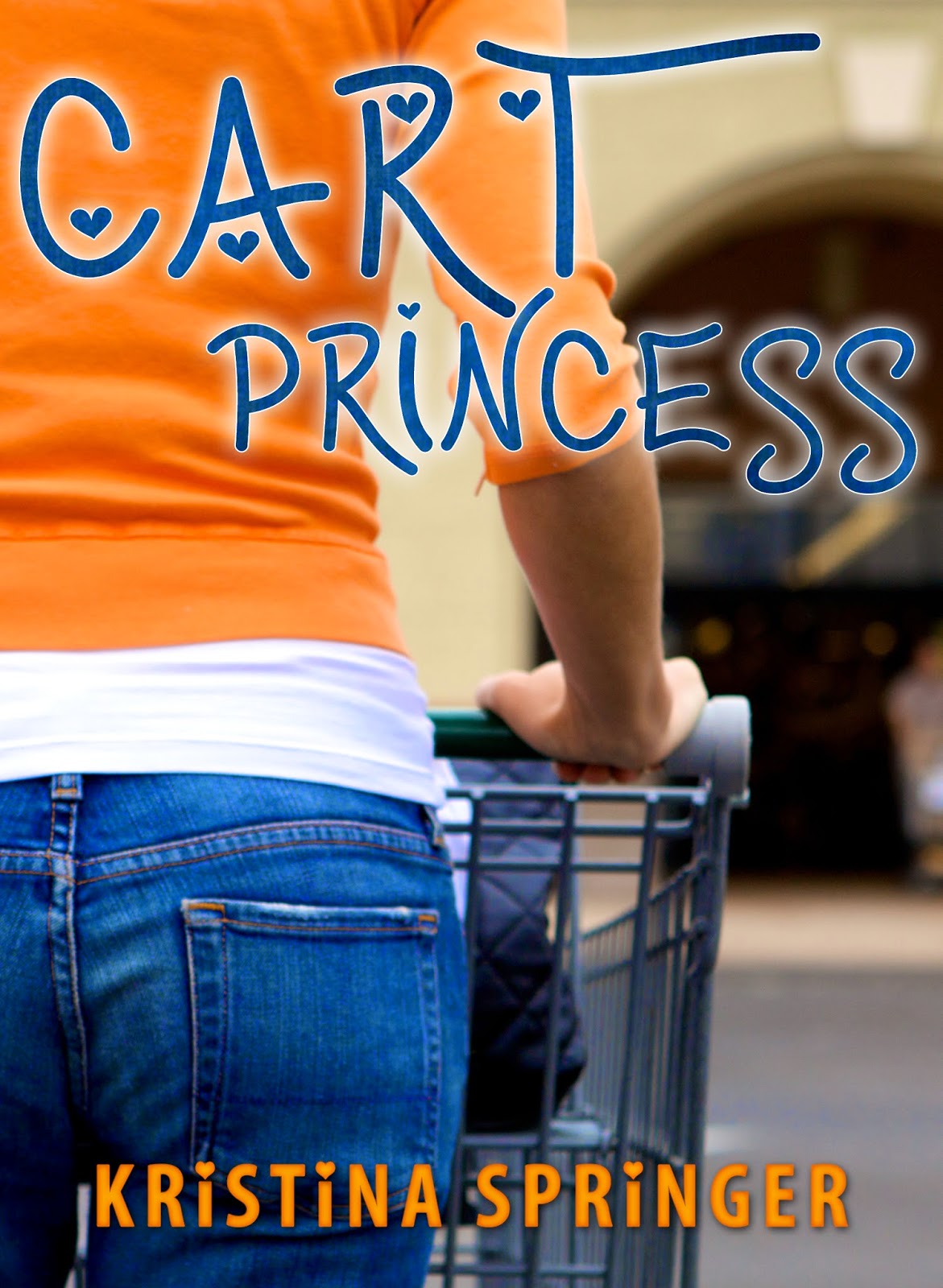 Kristina
Posted by Kristina Springer at 8:28 AM 0 comments

You know it's a good night at the library when:

1. a patron comes to the Reference Desk and tells your colleague there's something in the DVD aisle she may want to clean up,

2. your colleague has to return to the desk for a handful of Kleenex because the item is not fit to touch bare skin,

3. your colleague returns with a pair of underwear. 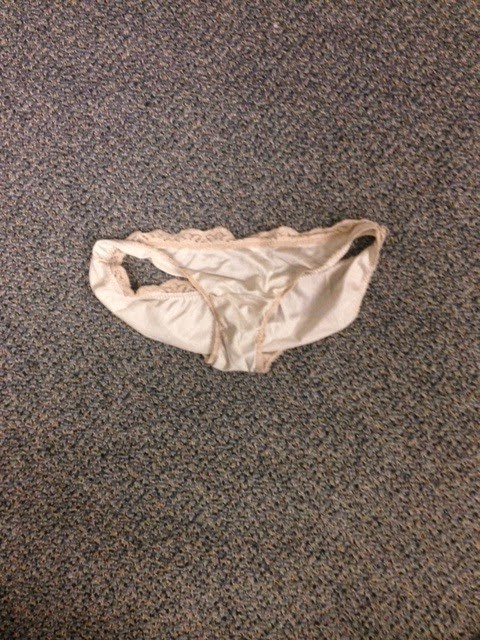 For the record this hot ticket item did not end up in the Lost & Found box, though now I kind of wish we'd put it there to amuse the coworkers in the morning.

Library Lost&Found #8: Presents Under the Tree

I don't know what the best part of today's LL&F was:

1. The fact that someone left a condom in a study carrel, 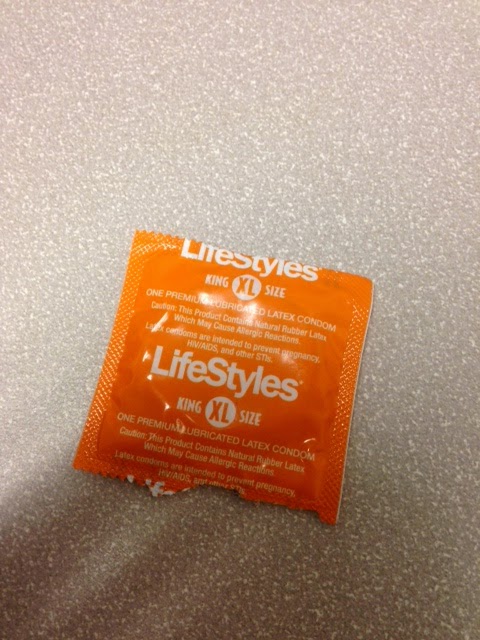 3. The fact that it was tucked into this decorative magazine tree 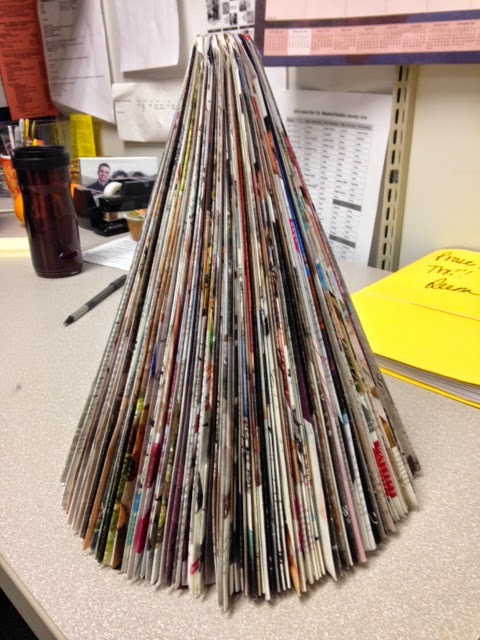 The tree that just keeps on giving! 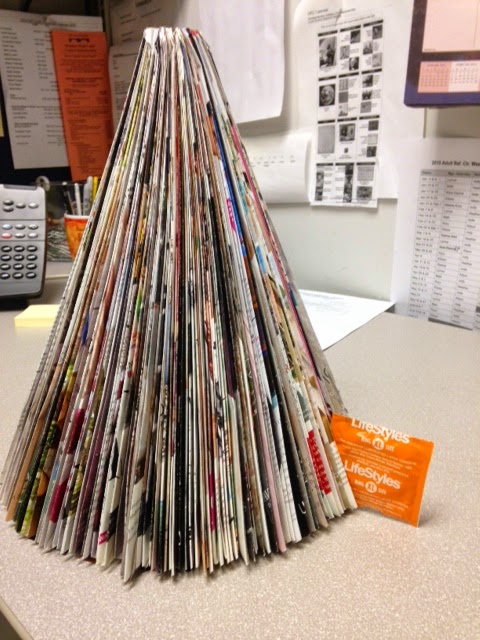 If you don't want aliens to read your mind, you wear a tinfoil hat.

If you don't want aliens to read your book, you wrap it in a tinfoil dust jacket. 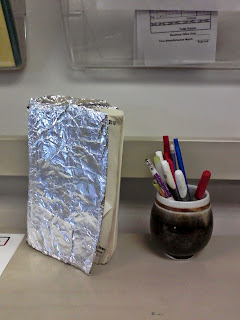 And then, of course, you throw it in the library's book drop.

"My fellow Americans. As a young boy, I dreamed of being a baseball; but tonight I say, we must move forward, not backward; upward, not forward; and always twirling, twirling, twirling towards freedom!" Kang, alien leader from The Simpsons

I read 174 books in 2014 (not including books I critiqued for writer friends or picture books that I review separately for Genesee Valley Parent Magazine -- too many to write up on my LiveJournal where I review all of these).

This year I kept track of age ranges and genres and came up with the following (the total is over 174 because some books fell into two or more genre categories):

142 came from the library
17 I own (bought or were gifts)
9 were ARCs
(Um, this only totals 168. Clearly I forgot to tag some, most likely library copies.)

And in no particular order, because they stayed with me, kept me reading with excitement, and/or were different, my top 10 favorite reads were:

100 SIDEWAYS MILES by Andrew Smith
Finn Easton's mother was killed by the same horse that broke his back and caused his seizures years ago, and now in his junior year of high school he relies on his best friend and new girlfriend to help him make sense of his place in the world. There is no description of this YA novel that can do it justice. It is so much more than a romance or friendship story or coming-of-age novel, though it is all those things too. It is different and written in ways that make the reader think about how far we travel as the Earth revolves and who is in charge of our destinies. This book contains one of the best bff guy duos ever written, is witty and funny, and has lots of swearing in case that matters. Loved it. (Simon & Schuster, 2014)

BROWN GIRL DREAMING by Jacqueline Woodson
From her birth in 1963 through her childhood years, the author tells the story of her life growing up in Ohio, South Carolina, and Brooklyn during the Civil Rights Movement with her mom, grandparents, and siblings. This beautiful story is told in verse and makes the reader appreciate the simple pleasures of farm and city life as long as there is family and love. A well-deserved winner of the National Book Award and highly recommended. (Nancy Paulsen Books, 2014)

GRACEFULLY GRAYSON by Ami Polonsky
Twelve-year-old Grayson lives with his aunt, uncle, and cousins in Chicago and lives a lonely life hiding his interest in wearing girls' clothes until he auditions for Persephone in the school play and slowly lets his deepest secret out. This beautiful upper-MG novel about a sensitive boy looking for acceptance and his place in the world is a winner. Other than a few repetitive descriptions, it is masterfully written and difficult to put down. Readers will want to embrace Grayson for his bravery and high-five his uncle. Highly recommended. (Hyperion, 2014)

AFTERWORLDS by Scott Westerfeld
At age 18, Darcy Patel's NaNoWriMo paranormal romance YA novel and a sequel are bought by a big NYC publishing company for $300,000, so she moves to the city, meets her first love, and navigates the business of publishing, craft of writing, and art of building relationships and becoming an adult; in alternating chapters Darcy's hero Lizzie tells her own story. The author masterfully wrote two novels in one that at different moments are equally compelling. Both Darcy and Lizzie's worlds are hypnotic and thrilling, the narrators are authentic, and the teasers about Darcy's rewrites that filter into the interior novel in the following chapters are addicting. Young adult novel writers in particular may enjoy this realistic look at the publishing industry and life in NYC, and aspiring writers may be totally sold on signing up for NaNoWriMo next month. A highly recommended YA novel. (Simon Pulse, 2014)

POSITIVE by Paige Rawl with Ali Benjamin
Paige was born HIV-positive and didn't know the stigma against her disease until she confided in a friend in sixth grade who spread the word, which began a bullying campaign against her; Paige's resulting teen years were full of fear, anxiety, illness, and finally friendships and hope. This highly readable young adult memoir is a fantastic book that should be read by tweens and teens across the country. The writing is slick and captivating, and Paige is a narrator that the reader will follow to the end and wish they could follow her further. (HarperCollins, 2014)

THE FAMILY ROMANOV by Candace Fleming
In 1894, Tsar Nicholas II of Russia became the autocratic ruler of 130 million people, most of whom were starving, and over the next 23 years would ignore the plight of his people, father five children, declare war against Germany, be forced to abdicate his throne, be imprisoned and executed; this is the story of how it came to be. Fleming's non-fiction volume is full of photographs, direct quotes from letters and diaries, and details about the lives of the rich. It is also the story of the tight knit Romanov family and the apparent love they had for each other no matter what their circumstances, as well as the political climate and how it affected the family and led to Stalin's regime. The Romanov's are drawn as people who were not trained for their too-large job of leading the country, not were they cut out for it, and while the tsar and empress made mistakes, they were not the only ones. Russia has a long history, and the Romanov legacy is a large, fascinating part of it that is handled with care in this highly recommended book. (Schwartz & Wade, 2014)

MR. MERCEDES by Stephen King
Retired Detective Hodges never solved the case of the Mercedes Killer, the man who plowed into a crowd at a job fair last year, and is ready to fade away himself until he receives a letter from someone claiming to be Mr. Mercedes, which sets Hodges off into investigating the case once again. In true King fashion, there are great lines, perfect character descriptions, and fantastic scenes of horror though this novel is not a slasher type; it has a realistic ring to it -- until the final showdown. Fantastic twists and a creepy, love-to-hate villain make this a fabulous read for those seeking a psychological crime novel. (Scribner, 2014)

THE LIES WE TELL OURSELVES by Robin Talley
Reviewed for VOYA -- a black and white teen become frenemies and then something more when they are forced to be partners in French class after the all-white school is integrated in the south in the 1950s. (Harlequin Teen, 2014)

WE WERE LIARS by E. Lockhart
Cady, her two cousins, and their friend Gat are best friends who spend every summer together on a private island off Martha's Vinyard with their mothers and wealthy grandfather, but during the summer she is fifteen, Cady hits her head and forgets most of what happened; she returns to the island two years later and decides to find out what she has forgotten. The writing is solid, the pace is excellent, and the teen feelings of friendships, love, and family are palpable. While this novel falls into the category of "convenient amnesia YAs," it is well done, the end is satisfying if not heartbreaking, and it just feels different and memorable. Highly recommend. (Delacorte, 2014)

THE PORT CHICAGO 50: DISASTER, MUTINY, AND THE FIGHT FOR CIVIL RIGHTS by Steve Sheinkin
In 1944, an explosives handling mishap killed 320 Navy men and injured over 300 more at Port Chicago, a Navy base primarily operated by black sailors who were segregated from the white bases; 50 of the surviving sailors refused to handle the explosives and were tried for mutiny. This fantastic work of non-fiction brings to light a lesser-known fight for civil rights during WWII. It reads like a courtroom drama full of tangible characters and suspense despite the inevitable ending. Highly recommended to those interested in engaging non-fiction or history buffs. (Roaring Brook Press, 2014)

I really, really, really enjoyed a lot more books than this from the past year, but thought I'd make myself stop obsessing at top ten. :)

Can't wait for the first batch of 2015 releases! Happy New Year, all!

If you are looking for a .99 ebook deal, DESERTED is on sale for just two more days so get it while it's cheap! 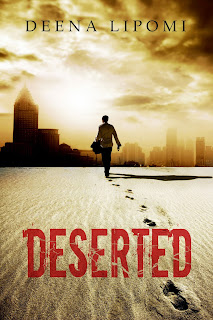 Wishing you a healthy, happy New Year full of love, light, and peace.

Deena
Posted by DeenaML at 4:28 AM 0 comments