Settling in is just the beginning

Tip of the Day: Happy New Year to everyone! Thinking of writing resolutions and haven't done it yet. Check out the Top Ten Most Popular New Year's Resolutions.

So last year my goal for the year was to go with the flow. All I wanted writing wise was to finish working on some of my projects, submit to a few agents, and renew the joy of writing. 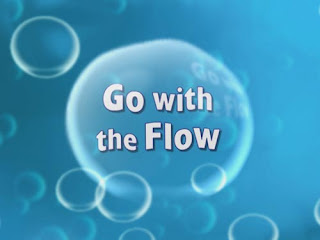 To be honest, I wasn't really in a writing mood at the beginning of last year. After just having moved twice within the space of a few months and starting a new job in a familiar-yet-new-again state, it was kind of a writing buzz kill.

As a result, much of 2011 was spent settling in. Both in life, work, and with writing. For the first time in a long time, I'm living in a location that might be semi-permanent and instead of feeling in limbo, I had to start searching for what I wanted out of life again. Which required some soul searching and a bit of growing up. Which I'm not fond of. But is necessary in life.

Now that I'm apparently older and wiser, it's much easier to say no to the things I don't want and focus more energy on things I do want.

In realizing this I was kind of afraid writing might get tossed to the side. After all it is hard work and rejection is never fun.

But instead while "going with the flow" throughout the year, I think I found my drive again. Writing started to look appealing. I started to hear tons of positive things about people indie publishing eBooks, which opened up new writing possibilities and something to get excited about. And I managed to work on a few of those projects and start submitting to agents again.

Still nothing major happened. But it laid the groundwork for something to happen!

And I’m very excited for what that means is in store for 2012. I'm motivated and determined, which is a good mix for me and hopefully that means big things will be coming my way with all the hard work. Because if the world is ending in December of this year as those End of the World People want you to believe, then why not go out with a bang, right? And if it's not, then at the end of the year we might as well be even more settled in and ready to do great things in 2013.

Posted by Emily Marshall at 5:33 AM

Awesome, Emily. Maybe we all need to live this year as if the apocalypse is coming!

LOL! I love that we should live our lives like December is the end, lol! Well, within reason. HA! I still love your MG mystery series and hope that it finds an audience, whether indy or trad. It will be great to hear tips from Megg on makin an ebook splash like she did!

A wonderful article you posted. That is so informatory and creative.Please keep these excellent posts coming.