What Is She Up To? (or Writing and Wondering)

Tip of the Day: My hubby is a writer too! Check out the two brand new tracks he's written, produced, and posted for his new band, Blue Falcon. They're FREE on this FaceBook page! Thanks in advance for checking it out. :) 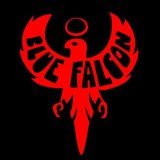 So while my husband has been getting his music "out there," I have been...starting a new middle grade project.

"But, but, but, what about the nine other books you've already written, Deena?" you may be asking. "Shouldn't you be getting those 'out there'?"

Or maybe that's the voice of my conscience coming through like a ghostly voice on Zak Baggins' EVP recorder.

Either way, here is where I reply, "Yes. Yes I should. BUT I CAN'T FOCUS ON ONE PROJECT!"

My plan last fall was to get my YA speculative thriller polished so I could e-pub it this summer -- if nothing else happened with my other books. But when I dove into it at the end of January, I found myself stalling and working on it soooo slooowly.

Fear of epubbing it? Boredom with the story? Disinterest in writing the sequel?

Then I went to the NYC SCBWI National Conference (SO FABULOUS, and now I am in even more love with Mo Willems (he is basically elephant and piggy personified) and Julie Andrews (so lovely AND beautiful with her daughter!) than ever), and I got excited to query agents on my MG novel and of course I got an idea growing stronger in my head for ANOTHER MG instead of getting the YA ready. 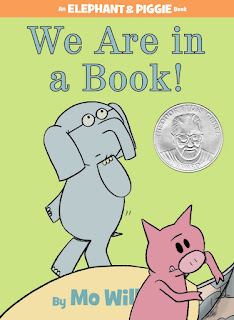 So what have I been working on? The new MG. And it is so fun to write! Plus I have some agents reading my completed MG and I keep thinking, what if I sell that traditionally and I want a follow-up MG to sub?

Ah yes, here I am thinking ten steps ahead of where I might be one day...instead of just working on the one thing I can control: perfecting my YA speculative thriller and epubbing it.

That is the beauty of the self-epubbing world right now: writers CAN take control of their own publication, and in some ways have the same odds of reaching their target audience as midlist trad pubbed authors.

In retrospect, I'm glad self-epubbing wasn't as accepted when I started writing YA novels eight years ago because I may have made the mistake of pubbing my quite crappy early drafts and early novels, thinking they were actually really good. But now, after years of writing and revising and learning and reading, I KNOW my YA speculative thriller is good -- and the sequel will rock, too.

That said, my plan right now is to:
1. Fast-draft the MG throughout March
2. Fast-edit the YA throughout April and get it epubbed by September, when the novel takes place

Deena, Miss Subbing for Pubbing
Posted by DeenaML at 5:52 PM

Your determination is inspiring, Deena! It was great to meet you at SCBWI. Good luck on achieving your goals!

It was great to meet you, too, Andrea! I have sooo many ideas running through my head and not enough time each day to work on them all. :-P

I can't wait to spread the word and buy your book in the fall! :)