Writing Away from Home

Tip of the Day: Just for fun, it's the Game of Thrones premiere poll! (My opinion, which wasn't a voting option: More Direwolves!)

I'm writing this blog in a Barnes and Noble/Starbucks cafe while I wait for my dog to be groomed. I know a lot of people love getting out the house to write. Me, two years have gone by since I've written in this cafe. I'm a stay-at-home writer, which of course offers lots of distractions. But you think I don't get distracted in a book store? Ha ha ha. 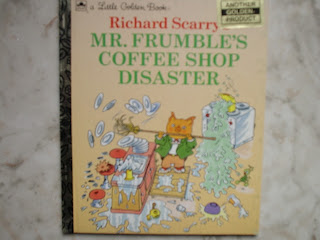 In fact, right now I'm just staring around at people and toys (I swear they sell like 3% books and 97% other stuff here) and trying to force my attention on my keyboard. And the latte I'm drinking probably won't help my attention span. The clerk asked me if I wanted another shot of espresso in it, and I was like, heck, I shouldn't even have this shot. In fact, the more I sit here analyzing the clerk's choice of playing the Titanic soundtrack, the more I wonder if this was a good idea. Maybe I was meant to write in a dark, soundproof room, with periodic electric shocks when my mind wanders.

Funny, when the kids were little, I could block out a lot more. The crashes from their bedrooms? Probably just the cat. Whines of "I'm thirsty"? After two or three of them go unanswered, kids actually do figure out how to get themselves a cup of water. My kids learned that launching into a long story of how unfair their siblings were usually ended with me asking if anyone was bleeding. No? Then work it out yourselves.

But now that my kids don't bother me so much, I seem to have lost my ability to block outside stimuli. I know it's just a matter of being out of practice. So here I am. The Titanic soundtrack has changed to Alannis Morrisette. The employees can't stop ragging on some girl who's at lunch who tried to heat up a coffee drink on the panini grill. Maybe I should have brought headphones, although I'm a little charmed by the panini grill story. Can I work it into a novel? Um, no, probably not.

Okay, I'm going back to Word right now. We'll see if this is a success by my results at the end of the day.
-- Kate, Miss Perfecting the Pages

Ha...I can't write away from home either. No matter how much I'd like to for variety's sake. But it's just too distracting. I actually normally have to have the door shut when I'm at home too, otherwise I hear too many things that catch my attention. FYI: The panini story sounds very interesting though! Too funny.

I have to write at home without distractions from people. I cannot shut any of it out.

But, I do write to very loud music. It kind of drowns out the rest of the world.

Yes, and I hate having to pack up my laptop when the latte drives me to the ladies' room!

Asking if anyone was bleeding :) Loves it. Maybe spending more time trying to write in the cafe will rebuild the distraction-blocking skills.

I haven't even tried to write away from home. I'm sure I would be distracted by everything you mentioned, as well as people-watching.

It's WAY easier for me to write at a Starbucks than at home. Guess I'm the only opposite one! And love the latte on the panini grill story but they should totally fire that girl. :-)

I'm reading at a Starbucks now. Not fun reading -research reading. Man, these young business dudes behind me are loudly solving the world's ills!

If I write at work/a cafe/etc, I need the headphones on. I cannot stop listening in on other conversations! :)

I also need the headphones if I'm reading while waiting in the Dunn Tire lounge area, airport gates, etc. Yup, I'm too nosey.

But I CAN write and read with the TV on the Food Network as background noise...