When Inspiration Finds You...

Tip of the Day: My books are on sale this week through Smashwords. Coupon codes are on the upper right portion of each book's individual page.

Since my son had his tonsils out last Friday, there hasn't been much writerly activity going on in my house (seems to be a common theme for the A2A girls this week). One morning, Luke and I cuddled up on the couch together. I flipped on the Science channel - one of my favorite time-wasters - and watched a really fascinating program on genetics. 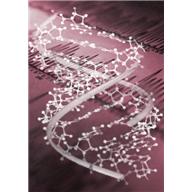 Basically, in the 1980s there were quite a few hemophiliacs infected with the HIV virus due to the tainted blood supply. One man took infected transfusions, but never contracted the HIV virus. Scientists and doctors were stymied. What was going on with this guy and how could they harness his super-human resistance to a disease that was killing so many loved ones around the world?

Long story short, it turned out this man had a very rare gene. The scientists traced it back to the Middle Ages and the Black Plague. Yes, people with this gene also survived the largest plague ever to sweep through the human race. Fascinating, right? 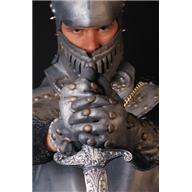 Not sure if everyone knows, but my BA is in medieval history (with a minor in evolutionary anthropology). This episode sparked so much curiosity that a plot for a new YA novel practically handed itself to me. No, it's not a literal adaptation of the real-life story, but it is a warped concept from a tangential thought related to the episode.

Since I'm deep in edits for Afterlife and pretty much obligated to write the third book in The Swarm Trilogy next, I can't attack this new story right this second. I am, however, planting it in my subconscious. Over the next couple of months I'll let it grow, change, and blossom so by the time I'm ready to write it, I'll have the basic plot and characters living in my already crowded imagination.

Even though I can't write it today, I will be taking notes, mentally and on paper. This plot is too good to let go. If you ever get an idea for a book, don't dismiss it. Write it down. Let it grow. Trust me, I have far more regrets for not writing down ideas rather than writing down too many. ;)

Megg, Miss Enchanted ePubber
Posted by Megg Jensen at 6:39 AM

I love the Science channel too, although I never quite get that Morgan Freeman program. I watch just about anything about astronomy and anthropology, though. Science programs are fantastic for story ideas!

I have a little notebook which I scribble down anything and everything I think of that could be developed into a story. It's the best way to not forget, and a good way to store information in case you do forget. When I'm ready to move on to a new story and I'm not sure what I want to write, I'll refer to that and pick what I want and turn it into something I want. I can only imaging you must have thought of something fantastic after seeing that on the science channel. Thanks for sharing!

This has happened to me too except I was watching Dr. Phil and it gave me the idea for Revenge Queen. :-)