Tip of the Day: What would publishing look like if Hugh Howey was in charge? Check it out!

I can't link to Wendy's original post, but Google cached an image of it here:
http://webcache.googleusercontent.com/search?q=cache%3A6FHJqkM6ShQJ%3Awww.wendyhigginswrites.com%2F2014%2F01%2Fhonety-pot-average-traditionally.html+&cd=1&hl=en&ct=clnk&gl=uk

(Just more proof that nothing can ever be deleted.)

I think Wendy sounds like a total sweetheart. I also think she's very happy with the decisions she's made in her publishing career, for the most part.

Here's what we need to take from this: assume NOTHING about how much authors make. Some make tons. Some don't. Just because a book is on the shelf at your local Barnes & Noble, it doesn't mean that author is rolling in dough. 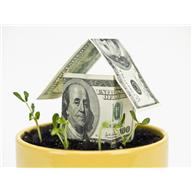 Most authors cannot make a living at writing. On top of that, most authors who make enough to support themselves have NO GUARANTEE they will be able to sustain it over the long term.

Publishing is a fickle lover. One day you're on top. The next, you're forgotten.

So, really, does income matter? Sure. It matters to me. I want to put my kids through college someday. If I can't make enough money writing, I'll have to get a job. It's that simple. I'm also lucky in that my husband is the primary breadwinner, so my income is a little less important.

Why the difference? Well, I put a lot more effort into 2012 than I did into 2013. In 2013, we had to deal with my husband's major health crisis and then we moved (and were between houses for nearly 6 weeks). I just didn't have the time or energy for as much writing and marketing as I did in 2012.

Even though it's less, my 2013 income was still more than what I would make at a part-time minimum-wage job (which is really all I can get since I've been an at-home mom for 12 years and my degree in medieval history is fascinating, but useless).

Now you know what I made. So what? It's not that big of a deal, really. One author's income doesn't correlate to another's. You can't assume you'll make what your friend does (or doesn't) make.

Publishing is a lot like gambling. You don't always get out what you put in. The best you can do is follow your heart, make the choices that work for you, and always remember that it's about the reader and entertainment. Try not to take yourself too seriously!

Thanks, Tom! And thank you for stopping by. :D

Thanks for both those links! Hugh is a smart guy, always thinking....

He has some compelling arguments. I think as years go by the industry will continue to evolve with a more open mind. I hope.... lol :)

This was an interesting post. I have a book coming out this year from a small press and my expectations regarding future royalty checks are low. I'm also a SAHM to 2, almost 3 kids. It would be nice to bring in some income, but I doubt it will be through writing. Of course, ya never know....

You really don't know. A lot depends on royalties too. I make up to 70% income from every sale, so it's "easy" to make money. Just have to get the sales. lol

I wish you the very best of luck with your release!!!!!!

Loved this post! I just put my 5th book up, and I'm finally starting to make decent money. It's so exciting!