Time to Quit the Day Job???

Tip of the Day: Still think self-publishing is a bad idea? Check out Jessica Park's story on The Huffington Post. Jessica is a traditionally published author turned self-pub.

Warning: I come from a family filled with accountants, so money management is a high priority for me. 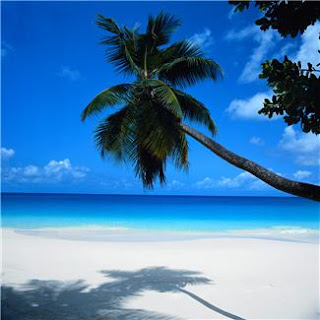 Before I started self-pubbing, I did have a quasi-day job (other than being a full-time mom). I worked as a freelance journalist for seven years. My articles appeared in national magazines like Parents and in many local parenting magazines. I worked about 15 hours a week - from home - and brought in a bit of income. It took me six months back then to make what I make in one month now. Fiction has not only proved more lucrative, but also more fulfilling. I'm chasing my imagination - there's nothing better than that.

Let's say you have a 9 to 5 job. Maybe you're making $50,000 a year. You might look at your self-pub (or trad pub) sales and assume that since you're making nearly the same amount selling books that it's time to quit the day job. You'll save money because there's no more dry cleaning, no more lunches out, and no more gas.

I'm making almost as much as my engineer husband, who has supported our family on his income for the last ten years (I lost my job while I was pregnant and never went back to working outside the home). Not once have we ever considered having him quit his job.

Publishing does not guarantee you a steady income. I know self-pubbers who were hitting big numbers last year, numbers that still beat my current sales, who are now languishing in the low-sales club.

If they had quit their day jobs, where would they be today? Frustrated with publishing because they can't seem to get their sales off the ground? Likely. Looking for a job in a crappy economy wishing they'd never quit their perfectly fine day job the year before? Definitely.

If you're publishing and considering quitting your day job, ask yourself the most important question: If I never sell another book after today, will I still have enough money to live my life the same way I'm living today? For most of us, that answer is a resounding no. 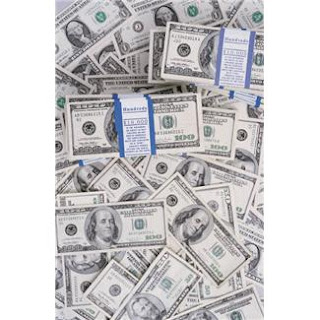 Yeah, you read that right. I'm in my mid-thirties and I have two kids who probably want to go to college someday. I have a mortgage and one car that desperately needs replacing. I fear taxes will only get higher to support our failing economy, not to mention the looming shadow of inflation. I can't even contemplate what health insurance will cost when I hit 65.

This topic isn't sexy. It ain't controversial. But it's important to your future and if you have a family, their future too.

So, unless your name is JK Rowling or James Patterson, don't quit your day job. Please.
Posted by Megg Jensen at 4:50 AM

Well said, Megg, well said! Besides, imagine you were making a salary at a regular job PLUS the $100K a year in book sales. You could live pretty nicely off that!

Totally agree and that goes for trad pub too. Even if you get the $200,000 advance that's spread over maybe 2-3 years until the books start to come out. Plus your agent takes a cut and then taxes. Add on to that that some contracts don't let you sell more books elsewhere so you're locked into only putting those three books out over the three years. Then, you don't start earning royalties until you've earned out the advance. And most authors never earn out their advances (though if you've received big marketing you have a better chance).