What I Learned from Game of Thrones

Tip of the Day: Help us congratulate my MigWriters partner Susan Laidlaw on her February 2013 debut novel, Infidel in Paradise!

Last night was the Season 2 finale of Game of Thrones. Wow, some of my favorite characters are in trouble. I've read all five books, so I know things aren't going to get any better for them.

What I learned from Game of Thrones? You can torture your characters too much. 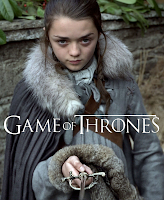 A happy ending is sort of like a puzzle. We want to figure it out. It's exciting to speculate on how your favorite characters are going to get out of this mess. It's exciting when it seems there's no way for your favorite character to triumph and there are only 50 pages left in the book, but you know they'll win in the end. It's somewhat less exciting when there are several books left. Eventually you stop hoping for something good to happen because it never will. 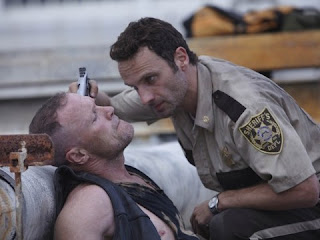 "Okay, Sansa and Arya are in trouble but it's okay because their direwolves ... no, huh? Well, their father realizes that the king is a ... oh, they killed off their father. Well, they'll be okay. Arya is being brought to Winterfell by the Night's Watch ... okay, no. Well, Sansa and Arya have the Hound and Gendry to protect them ... Dammit! I'm turning this off and imagining my own story where the Starks take back Winterfell. With lots of direwolves."

The Walking Dead is kind of burning me out, too. Those characters in that world will only continue to go from bad to worse. There will be no happy endings. I'm only watching now to see Daryl's crazy brother Merle return. It's like a watching a train wreck.

I'm not sure if I need every ending to be a happy ending, but complete, unmitigated character torture with no redemption possible just doesn't compel me any more. Let me think there's some way for my characters to find some peace. Give me some hope.

Kate, that's a good point. HOPE is really the essential element for me too. I do know that the author of the Walking Dead graphic novels said that he always wanted his story to be able to keeeeep on goooooing forever, so let's see how it DOES end....if it does.... :)