Tip of the Day: Want to do a very in-depth typo analysis in your manuscript? Put your document into a program that will read your story out loud. That's a great way to find those tiny typos! 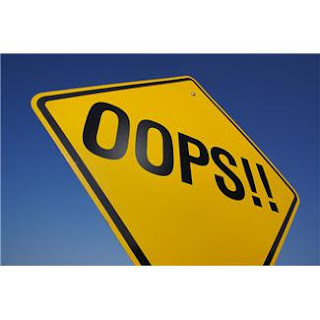 Clearly, if there's a typo in your book, you suck. Right?

Especially if you're a self-pub. It proves that not only are you illiterate, but that you are sloppy.

If it happens in a traditionally published book (and it does more often than you might think), then it's just a simple boo-boo and no one was harmed.


Guess what? Typos happen to everyone!

Here's why it doesn't mean that the author is an illiterate idiot. Remember this little Facebook meme that went around a year or two ago:

Arocdnicg to rsceearch at Cmabrigde Uinervtisy, it deosn’t mttaer in waht oredr the ltteers in a wrod are, the olny iprmoatnt tihng is taht the frist and lsat ltteer are in the rghit pcale. The rset can be a toatl mses and you can sitll raed it wouthit pobelrm. Tihs is buseace the huamn mnid deos not raed ervey lteter by istlef, but the wrod as a wlohe.

Now, whether or not there was actually a study like this done in Cambridge (I think that's an urban legend), the point is that we are all capable of reading the above passage even though it's technically jibberish.

Now imagine one of these little puppies hidden in a 200 or 250 page manuscript. You might miss it because your mind automatically translates it. Imagine 'first' instead of 'fist' got through spellcheck and eight different highly educated readers who also happen to have extensive experience in editing.

It happened in Anathema.

Yes, I was horrified. Yes, I fixed it. No, it does not mean I'm an idiot or that my entire novel sucked (novel suckage is totally subjective). Nor did I blame my early readers.

Sometimes a typo, or two or three, are blown up to such huge proportions. Reviewers take off one or two entire stars because a typo distracted them so much. The author gets flamed and another ding appears in their already-fragile armor.

If readers think authors aren't bothered by typos, trust me, we ARE! We obsess over editing far more than you might guess. It's important for readers to understand that we are all simply human. I honestly and truly believe that all authors want error-free books. I think if you read a book and it has an occasional typo, maybe you could forgive them. If the book has typos on every page, then yeah, maybe it needs some extensive editing. But if you find occasional typos, does it really take away from you enjoyment of the book?

If you don't believe that typos or story inconsistencies happen in well-vetted traditionally published books, then here's two examples to show you that they do. I have no intention of flaming these authors at all. In fact, I happen to have a literary crush on one of them (the dude, not the chick). It's simply to illustrate that these things happen. 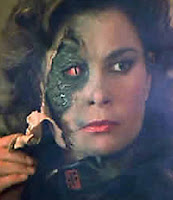 Why do typos and inconsistencies get through sometimes? Because we're human. At least I am. I think... ;)

I read books out loud to my kids. Believe me, every book has at least one typo in it. In my own work, though, I'm more likely to drop prepositions.

I just shrug it off when I read something with a typo. But as you said, if it's happening constantly, then it probably needs a bit of working on!