Tip of the Day: if you are an avid gymnastics fan--like me--don't miss the upcoming Olympic trials this week! 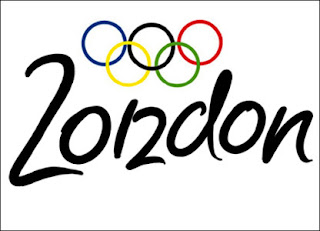 It's not even July yet, but I already have London fever and have been watching a few of the Olympic trials.

What strikes me is how long many of them have been training for the Olympics.

Now it's pretty obvious if you want to be an Olympic athlete you are going to have to practice hours a day and start your sport from birth.

But I've already watched a few diving and swimming athletes that have been waiting four years for one more shot. Maybe they lost the last Olympic team by 0.2 seconds (or whatever). Four years is a long time to wait to see if you've improved by that 0.2 seconds (or now it might be a minute, since everyone else has improved around you too) to be fast enough to make the new team.

Four years is a long time to prove yourself.

Luckily for us writers, even if we get rejected on one book, we don't have to wait four more years to see if another agent will pick up the book or even to submit another book.

There's been multiple occasions when I've almost said out loud something to the effect of, "I honestly have to write a whole other book to see if that one will be the one that gets published?"

I'm not a speedy writer by any means. I've tried to practice every other writer's advice to start working on the next book, even before I stop shopping the current book. But still, there are occasions when it feels really daunting to come to terms with setting aside one book (or dream) and focus on a completely new book to realize the same dream. And the time and effort put into the new book often feels like an eternity (especially during those times of horrible writer's block). I'd imagine it's somewhat how these aspiring Olympic athletes feel: they had one shot to make the team and lost out. Now they have to focus their energy on the next task where they can realize their dream.


Not that getting an agent or a book deal is the end all of my writing career. It would be just the beginning. But there are days when it feels like that validation of receiving that honor would make all the hard work worth it. Being in limbo is hard to deal with at times. You don't know if you are a good enough writer or if you are just wasting your time. And you don't really know what to fully expect when that book deal does come around.

I'm just lucky we get more than one shot at making the dream a reality, unlike many of these athletes. Thank goodness.

Let's just hope it doesn't feel like another four years until I finish the next book and start submitting it.

I missed the diving trials?! GAH! We watched swimming for three hours yesterday. My daughter LOVES diving, but we didn't know when the trials were on. I wish there was an Olympics app. :(

Oh, and yes, training for writing never stops. There's always a chance to improve your craft with discipline & had work. We can be injured too (carpal tunnel, back problems), but if we want it bad enough we can always keep fighting...and writing. ;)

Yep, diving was on this past weekend. They might have a few more later. I don't think I saw men's platform. They did have woman's platform, men's springboard, and I think the synchronized diving trials. It's hard to keep track. They don't have an app? Man, they sure need one!!!

This is a great post, Emily. I laughed out loud at "Honestly, I have to write another book!" Exactly how I feel right now, and I haven't even started sending out this novel's queries.