Tip of the day: if you feel like giving up on your dream of publication make a list of all the reasons you love to write and focus on that instead of thinking about publication.

I realize by titling this blog “calling it quits” some people might jump to the conclusion that I’m quitting writing or even this blog. So I should say upfront that that isn’t the case.

But it doesn’t mean I haven’t thought about it several hundred times in the last month.

I’m sure everyone sitting in our shoes (the Awaiting an Agent/Publication shoes, I mean), goes through this. The times you want to pull your hair out in confusion because even after fixing the scene 20 times on page 131, it still doesn’t work. When you feel defeated after getting a particularly harsh rejection that compares your writing to that of the agent’s dog (or at least that’s how you interpret the letter). Or if you lose confidence in your writing after a bad critique.

It’s not that you want to quit writing in general. But just the working towards publication aspect.

And even though I’ve been in the Awaiting an Agent stage for awhile and have nothing else to compare it too, I would wager a bet that we in particular are more prone to the thoughts of wanting to call it quits. Because when you are sitting in the pre-pubbed position you have to have complete and utter faith in your writing. You haven’t had an agent or an editor that has taken a chance on you and believes in your work. All you have is yourself and select friends you’ve meet along the writing journey. You have to trust in yourself, your writing, and the feedback from critique partners.

And dang-it if sometimes the little voices of people like this guy creep into your head. And for a second you lose faith.

Kind of like how Katee on So You Think You Can Dance felt when asked by the judges if she’d try out for next year’s show if she didn’t make this season. And she answered “I don’t know” and stumbled around with a bunch of other words that almost prevented the judges from picking her. 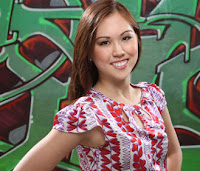 How many of us have thought of this? Several whom have gone onto be published, too, I’m sure. Katee made it on the show and is definitely one of the front-runners to win, but after getting rejected by the show before and thinking her dream was going to be crushed again this year, it’s hard to keep positive and trust in your abilities.

But I’m sure just like Katee and all of us, even though we think about it frequently, most of us know we’ll never quit. Because the second we think about quitting, we have thoughts about all the reasons we’d kick ourselves in the butt if we gave up now. And if we called it quits, we’d never be published.

So to all of us that may be feeling particularly defeated lately. Whether it be you are waiting on getting a break, uncertain of your next career move, or worried about your upcoming publication. Remember to keep the faith! Or as much of it that you can keep.

--Emily, a certain Miss Awaiting an Agent who wrote this post mainly to remind herself about this

Posted by Emily Marshall at 6:27 AM

I totally understood where Katee was coming from when she said what she did during her audition. I doubt she would have really quit, but in the face of another harsh rejection, of course she had doubts.

Here's to not quitting! (even though it sucks to wonder and wait...)

Thanks for the reminder! What helps me is to wonder "What would I be doing right now if I weren't writing?" The answer is usually, "Oh my god, sitting around doing NOTHING while watching bad TV!" That usually kicks my butt into gear!

Exactly Deena! Every time I think "I could do volunteer work or spend time with the kids" I realize that, no, if I weren't writing, I'd be playing too much Guitar Hero.

Lately I've been comforted by realizing how many hours I've put into writing these last few years. Out of all those hours, some of them are bound to be frustrating, statistically. More times frustrated must be the result of more time writing ... right?

Just saw you and had a minor "sixth sense" moment that you were a little frustrated or down about something. Keep your chin up or leveled at your laptop -- everything I've read of yours has been so much fun, I'm always looking for new pages.

But, at the same time, thank you for putting some of this down on a post. I'm still working on the editing part and feel frustrated at times (lots of times). :)

What a great post! Everything you said sent prickles down my skin, because it was so true. :)

D-michiko-f: right back at you with not quiting! And I think at the time I saw the SYTYCD episode, I didn't realize how much I could relate to how Katee was feeling at the time.

Deena and Kate: good point about what else would you be doing. But you could still write for fun! And Kate, I love your theory on more frustration equals more writing.

Marion: thanks for the cheer up. Chin will try to remain high! And yes, everything gets frustrating at some points.

Tabitha: it's weird how universal these feelings seem to be among authors. That's why I love having a great online community with people who just "get it."

Lisa: thanks. You are always so good at cheering up.