Is there ever really an end?

Tip of the Day: Christmas lights are so fun and inspiring to look at. Even better when the neighbor does all the work, but you benefit from getting to look at them when trying to work out a pesky character flaw in Chapter 15.

No matter what type of ending it is. Maybe it's the end of a relationship. The end of living in someplace you've enjoyed. Whatever it might be, even when you are excited to move on, ending something else can be a challenge.

So it's no wonder that for me writing the ending of a novel often feels excruciating. How on earth are you supposed to be able to nicely tie up all the loose ends of the novel, show your character's growth (but not too much), and do it all by staying as realistic as possible without falling into that going too far "overboard" category? 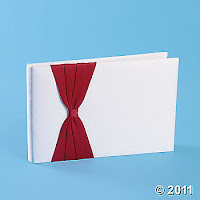 Basically wrapping up your novel and putting a shiny red bow on it! But not too perfect of a bow that it looks like you "tried too hard."

Sometimes it feels so challenging that I'm tempted to start writing my endings first and then work backwards.

Usually after plowing through it and then discovering nothing is really tied up yet, you sit down and six re-writes later the thing starts to resemble much more of a decent ending to a story.

Maybe endings are hard, because in real life nothing ever feels like it's ending. At least for me.

So a better strategy might be to think of the ending of your novel as setting it up for the sequel, even if no sequel is planned.

That's what I'm currently trying to do with another re-write of the ending of the book I'm working on. Wrap up most of the book, but still leave hints that the story will continue once the pages are closed. It's making it feel a bit more authentic, and still gives the reader enough closure.

I have to go through a few endings sometimes too. And they usually make me go back and change the beginning!