Dream Sequences: Yes or No?

Tip of the Day:  It's your absolute last chance to win the Just Your Average Princess giveaway on Tina's blog:  http://kristinaspringer.blogspot.com/2012/01/giveaway-signed-just-your-average.html. She's three followers away from 100 followers.

So what's your opinion on dream sequences in novels? I've never been a big fan. I'm reading a novel now (BREAKAWAY by Michelle Davidson Argyle) where they are quite well done, though. As the main character thinks she gets control of her life, she gets control of her nightmares. The dream scenes are very short and sometimes she uses a line in her character's journal rather than taking us into the dream every time.

When I was in college, I tried to write a fantasy where the main character thought she was having dreams, but they were really out-of-body experiences. As I typed that sentence, I realize it sounds like a better idea than it actually was. Let's just say it was a very common fantasy trope at the time. 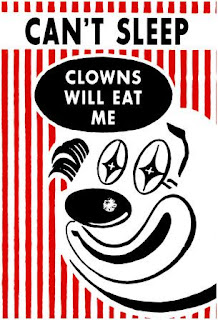 Every once in a while, I'm tempted to use a scene with a character waking up from a nightmare. There are common nightmares: losing your teeth, driving a car from the backseat, walking through school naked, failing an important test you didn't know you were scheduled to take. But I like my nightmares in my novels to be more imaginative. I still only give them a line or two. I don't know how effective it is, but somehow I like my characters to operate in a sleep-deprived condition. I haven't resorted to nightmares with my last novel, probably because the main character never gets a chance to sleep and I have her naturally sleep deprived.

What about your characters? Do they have dreams or nightmares, and if so, do they make it to the pages of your book? As a reader, do you  love them or hate them?

In my first novel, I used a few dreams. They were mourning dreams, which showed what the character was going through, and they were based on actual dreams I had once about someone who had died.
I only gave them a few lines, because I don't like to have dreams in books be too elaborate. A dream isn't real, so its ability to move the plot forward is limited (unless the character thinks it's a dream but it's real).

What Jennifer said: "A dream isn't real, so its ability to move the plot forward is limited (unless the character thinks it's a dream but it's real)."

Yes, yes, yes! Any time the dream sequence is more than a few sentences, I skip over it bc of that reason.

Now I will say that the exception I made to the skipping recently was with A. S. King's EVERYBODY SEES THE ANTS. Honestly, at first I DID skip them, but then I realized that they contained more info than I initially realized so I read them fully but quickly. :)