Tip of the Day: want something fun to eat while watching the Olympics? Try some of these dishes from Taste of Home.
It's nearly impossible not to have Olympic Fever right now, so there's not much else on my mind. A few weeks ago, I mentioned that sometimes being an author feels similar to how an Olympic athlete must feel when they have to wait four more years to see if they can make the Olympic Team. And based on the performance of the gymnastics team so far this Olympics, I'm realizing athletes and writers have even more in common. 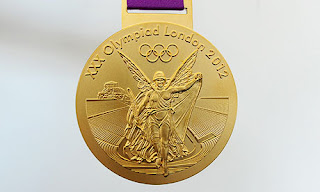 No tale of sadness at this Olympics has seemed quite as frustrating as Jordyn Wieber being left out of the All-Around competition in gymnastics. Just watching her break down on national television caused me to tear up myself (which isn't saying a whole lot, considering I teared up during the Love in the Wild finale last week...but still). She was slated to possibly win Gold, but instead made a few minor faults and placed third on her team during the qualification round. Of course, athletes make mistakes and it's incredibly heartbreaking not to get the opportunity to achieve something you've worked your whole life for. It's nothing new. But what's makes this tale particularly frustrating has to be the fact that she qualified for the competition--as I'm sure you've all heard by now--finishing fourth overall, while the top 24 athletes move on to the All-Around competition. However, a rule states that only two athletes from each country can compete, and since she finished behind two of her American teammates she was out. Which just stinks and seems to add fire to her wound.

How many of you have heard stories of writers not being published, not because they weren't good enough, but instead because a certain publisher might have just bought a similar book... or because one editor wants to aquire the book but can't get it through acquisitions for whatever reason? Or even because what you are writing is not in trend at the moment, even though you know tons of people that still read it. There's so many reasons why books don't get published. Many times it has to do with the fact they aren't very good or sellable, but there's plenty of other times when it has nothing to do with the quality of the book or even the content.

Which can be unfair.

Well at least her consolation prize is that she has a chance to win Gold with her team today (unless it's already happened--in that case if you already know the outcome, no spoilers in the comments. I'm sick of turning to NBC by accident right before an event is broadcast only to learn who already won on the Nightly News....on the same network.)

Happy Olympic Watching!
Posted by Emily Marshall at 10:20 AM