Tip of the Day: If you write YA and you want to chat with almost 600 super cool YA authors, join teenlitauthors-- teenlitauthors-subscribe@yahoogroups.com.

How lucky was I to be able to meet three of my FAVORITE YA authors this week? Yes, the fabulous Anderson’s Bookshop had Lauren Myracle, E. Lockhart, and Sarah Mlynowski in to sign their new book, HOW TO BE BAD on Monday night. How to Be Bad is an older YA about three girls on a road trip, all struggling with their individual reasons for needing the escape. And they throw in a couple of cute boys of course (must always have the cute boys). I have to say, I felt like an 11-year old girl at an American Idol show screaming for David Archuleta. 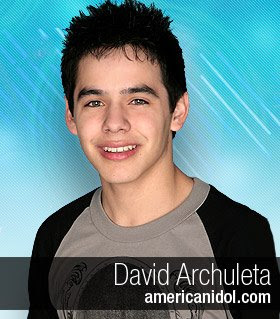 Ok, I wasn’t that bad. But I did sit in the front row about 6 feet away and hung on their every word.

And, they rocked. They started with an intro to the book—giving a set up about each of the three main characters in the book and which author was writing which character’s POV and how these characters came to be on the road trip to begin with. Then they each took turns reading from one of the chaps that they wrote (and even did fun accents). 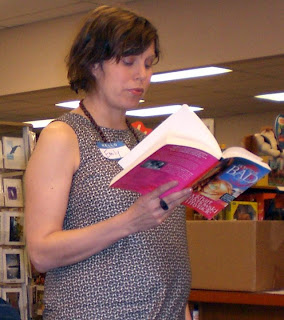 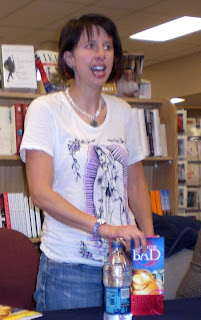 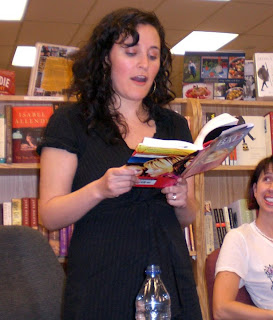 (Sarah Mlynowski)
Following that they answered a zillion questions about the book and their other books. One of the interesting ones was how they wrote the book--all via e-mail. They did it chapter by chapter (kinda like when we were in school and would pass a story around--each adding on a line or paragraph or whatever. But with chaps. You never knew what the person in front of you was going to throw at you) with no plotting whatsoever. They said this was a fun way to do it but that it took mega revising afterwards. It sounds like it was a lot of fun (well, the writing, not the revising). One of the funniest questions was from a young girl who asked, "Are you guys going to write any new books?" To which Sarah answered, "Yeah, that's what we do." I had to cover my mouth to stifle the laugh. I don't think she meant to respond like that but it was funny.

After the Q&A, it was signing time and I was so excited to get to meet the ladies and have a minute to chat. Lauren even remembered me from commenting on her blog. They were impressed that I had my gigantic 39-week pregnant self there and I confessed that I secretly hoped my water would break during the signing so that I'd have a cool story to tell my kid later. They agreed that it would make an interesting addition to their vlog.

I just love going to signings and meeting authors and I learn so much about what I should and shouldn’t do in the future when I have signings. And seeing three of my favorite YA authors made the whole thing 10 times better. 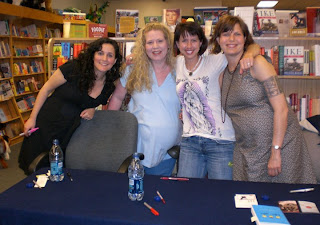 (From L to R, Sarah Mlynowski, Me, Lauren Myracle, and the also pregnant, E. Lockhart)
Kristina, Miss Soon-to-Pub
Posted by Kristina Springer at 6:41 AM

How fun, Tina. I'm so jealous. And I can just see you acting like a very pregnant 11-year old screaming at them as if they were David A. Too funny.

Aaah, that picture is so awesome! Let's caption it "Pregnant YA Writers and Their Co-Authors!"

What fun pics, Tina! Thanks for sharing. Sounds like a fun event. :)