Welcome to the middle of Teen Read Week! Our special guest today is Jenny Moss -- whose historical middle grade novel WINNIE'S WAR comes out February 3, 2009. Who doesn't enjoy reading about scary viral epidemics like the Spanish Influenza of 1918? 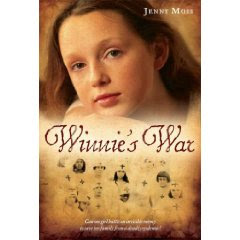 Life in Winnie’s sleepy town of Coward Creek, Texas, is just fine for her. Although her troubled mother’s distant behavior has always worried Winnie, she’s plenty busy caring for her younger sisters, going to school, playing chess with Mr. Levy, and avoiding her testy grandmother. Plus, her sweetheart Nolan is always there to make her smile when she’s feeling low. But when the Spanish Influenza claims its first victim, lives are suddenly at stake, and Winnie has never felt so helpless. She must find a way to save the people she loves most, even if doing so means putting her own life at risk.

And Jenny has ANOTHER book coming out in October 2009 as well -- SHADOW, a YA fantasy. She is HOT, folks!

My editorial letters arrived within two days of one another, so it was a little overwhelming at first! But the deadlines for the two revisions were spaced far apart, so once I got past the initial panic (how can I do this?!), I realized it was very doable. The revisions on Winnie’s War were needed in a month, the ones for Shadow not until the fall.

Each letter, one seven pages and the other two, was accompanied by a copy of the manuscript with the editor’s comments written in the margins. Many of the comments were questions, which helped me to see things from a new perspective, hence sparking creativity. I usually worked by e-mail and snail mail, but if I didn’t quite understand the editor’s point, we would talk by phone.

My editors are truly awesome: Emily Easton at Walker and Lisa Sandell at Scholastic. I was fortunate enough to meet them on a trip to NYC last June. Emily and Lisa are both talented editors, wise and perceptive, with the added bonus of being kind and just great people. So this editorial process for me with Scholastic and with Walker has been a creative, joyous one.

[That's so cool you got to meet your editors!]

Q. What got you interested in the Spanish Flu epidemic of 1918 and how much research did you do before writing your first draft?

I wanted to set the story in a small town and thought I could more accurately represent one that was located in the area I live in now. Stories about the bird flu had been appearing in the newspaper, with references to the 1918 influenza pandemic. I’ve always been drawn to stories *blush* about people surviving plagues and disasters; Year of Wonders, The Long Winter, and Fever 1793 being three of my favorites. The heightened emotion during those times brings out fascinating facets of people’s characters, sometimes enabling them to discover truths that are real and lasting. This was what I wanted to explore.

I wrote a few scenes for Winnie’s War before I did any research. Winnie’s voice was loud in my head, and I wanted to capture it. Once I finished those initial scenes, I launched into the research, spending many, many hours in libraries, museums, and churches, looking for historical information about the area. I tried to immerse myself in the time period as much as possible, reading newspapers and novels, and also non-fiction books about the Spanish influenza. I also visited cemeteries, falling in love with one beautifully situated by a creek, and talked to local historians, who were a good source of information.

[It's so great when you find people as passionate about a subject as you. And I'm totally with you on FEVER 1793.]

Q. When did you become serious about getting a novel published?

Like so many writers, I’ve dreamed of this since I was a child. The first story I remember writing was about a young girl living on the prairie who was kidnapped by American Indians; I was intrigued by the idea of being forced to learn to survive within another culture. But I also loved math and decided to pursue a career in engineering. After many years of working in the aerospace field and writing for myself on the side, I began to actively pursue publication. In 2003, I finished my first novel, an MG fantasy, Mona Molly, about a Texas girl who travels through time and stumbles upon Leonardo da Vinci.

It was then I discovered SCBWI -- attending conferences, meeting wonderful writers, joining critique groups, and realizing publication, for me, would be a journey. After 17 rejections and with sadness, I decided to put that first novel in a drawer. Many writers know how difficult it is, after years of work, to put aside characters and their stories. But doing that was the best decision I made. I worked on two more novels, an MG historical fiction and a YA fantasy: Winnie’s War and Shadow, respectively.

[SCBWI is so fabulous for networking and inspiration! And go you with the math skills. :)]

Q. Can you give us a hint of what you're working on next?

I have two works in progress: a sequel to Shadow, and a YA centering on a teenage girl in the sixties who skips school to go on a road trip to see a Bob Dylan concert with a guy who, unbeknownst to her, is deeply in love with her. I have ideas for other books: a Mississippi ghost story filled with secrets and shadows, another MG novel set in Houston – this one during the early days of the space program, a YA love story centered on the theme of the twin soul, and others.

[I love the idea of the early days of the space program novel!]

Q. Tell us about your writing space -- and share a photo if you can!

I write best in crowded restaurants or on my bed with a laptop propped up in my lap. 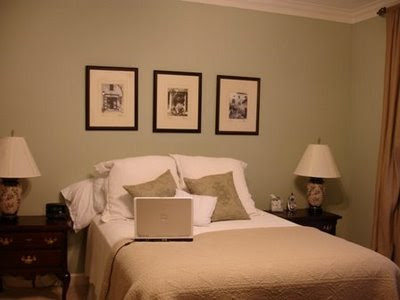 I also write without a pen or computer – just daydreaming while driving, showering, and doing daily tasks.

Thanks for the interview! I enjoyed it.

Thank you, Jenny! I look forward to reading both of your books in 2009!

Great interview, Jenny! You have some amazing ideas, can't wait to see them all in print!!

Wonderful interview. Am looking forward to reading Winnie's War, and Jenny,I'm out of my head excited about the Dylan book :)! Thanks, ladies.

Yay for the interview! I have read Winnie's War and it is both heart-wrenching and achingly lovely. I learned a lot by reading it, but in the best way: by immersing myself in a well-told story with engaging characters. Well done, Jenny!

I love the space program novel idea...and I remember you talking about the twin souls concept in your LJ.

Jenny, I can't wait to get my hands on Winnie's War. Glad to see so many great YA historicals in the lineup. And like jama said, I am eagerly awaiting that Dylan book! :-)

I love the cover and to here how you incorporate real events into stories. Very interesting stuff. Best wishes!

I am jealous of those who've already ready WW!

Generic buy Viagra comes in 3 doses (25 mg, 50 mg, and 100 mg). Like many medicines, you may benefit from a dose adjustment after starting on Generic Viagra online . If it doesn't produce the results you want, let your doctor know. Do not take more Generic Viagra Prescription than your doctor prescribes. In most patients, Generic Viagra can be taken up to once a day as needed.