Books That Scare Me

Tip of the Day: If you're interested in writing something scary, I recommend the book How to Write Horror Fiction by William F. Nolan (Writer’s Digest Genre Writing Series).

Happy Halloween! This week at A2A we’re all about scary, spooky, creepy books. Of course, one person’s horror book is another person’s “meh, I wasn’t scared” book. Let me tell you about the book I’m too scared to read … {drumroll} … 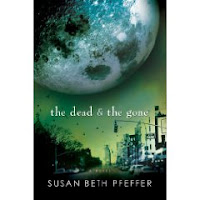 The Dead and the Gone by Susan Beth Pfeffer. That’s right, I actually can’t read this book. I checked it out of the library once and it sat on my bedside table, taunting me, until I returned it unread. To give you some background, the novel takes place in New York City after an asteroid has smashed the moon into a new orbit much closer to Earth. This causes catastrophic disasters: tidal waves, earthquakes, volcanoes and volcano ash winter, which blocks sunlight leading to massive crop failures. And that means no food. No food source in New York City. What are people going to eat? Well, I’ve seen that Charlton Heston movie, thank you. 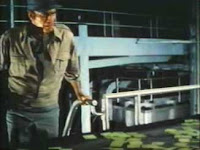 I love scary stories and I’ve read everything by Stephen King, but at cannibalism, even just potential cannibalism, I draw the line. I can’t even listen to documentaries on the Donner Party without having nightmares for a week. I blame it on watching The Hills Have Eyes when I was in grade school, sleeping over a friend’s house. We were camped in the den and she fell asleep with the TV on. And now I am traumatized for life. Or maybe I was eaten in a past life. If so, I don’t want to know about it.

So I don’t think I can read The Dead and the Gone, unless an edition comes out with a big label on the cover that states Nobody in this Story Contemplates Eating Anything They Shouldn’t to Stay Alive. Because that’s what I find scary. Giant spiders? Bring ‘em on. Characters stuck in a situation where they need to eat the spiders? I’d be staring into my refrigerator for an hour taking inventory to calm myself down.

However, I hear it’s a great book. Feel free to warn me about other books I might not be able to handle. I’m scared of Hunger Games by Suzanne Collins, too. But I loved Soylent Green, probably because Charlton Heston was so appropriately outraged.

-- Kate, Miss Apprentice Writer
Posted by Kate Fall at 4:22 AM

I was also scared to read DEAD/GONE, but I did it! Not AS scary as LIFE AS WE KNEW IT.....