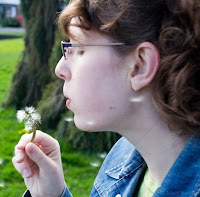 We are excited to chat with Victoria-Lynn Winning today on Author2Author. Victoria contacted us awhile ago to let us know she is starting a new venture as a writing coach. Since we were intrigued to learn what exactly a writing coach is, we invited her to chat with us about what she will be doing.

A2A: You are starting a new venture as a writing coach, tell us exactly what you will be helping writers with.
It will vary from writer to writer.  With a writer who has productive writing habits but can't seem to get anywhere with their current WIP, we would look at each aspect ~ characters, setting, plot, etc. ~ to see where the deepest tangles lie.  Say they had a good sense of the characters and liked writing snippets about them but weren't sure how to sustain that for an entire novel. The next steps would involve looking at the fundamentals of plot and pacing, and using a combination of prompts and brainstorming to figure out the underlying motivations of the characters and what's really driving the story.  One writer I've worked with had two POV characters but struggled with how to switch back and forth smoothly, especially as she wanted to stick to a more intimate, first-person viewpoint.  I suggested she look at Fingersmith by Sarah Waters, which starts from one character’s POV, then switches to the other partway through – right as an earthshattering event has occurred.  Everything we see from the second POV completely changes our perspective on what we already saw.  Paradigm shift!  It made for a very powerful story, and the writer I was working with was inspired to take a similar approach to her own novel.
Now, with a writer who knows what they want to write about but can’t bring themselves to sit down and do the work, it’s again a matter of examining different aspects, both of the story and the writer’s habits.  It might be that the story mechanics are sound but, after a long time away from writing, the writer's brain is no longer hard-wired to get the words down: maybe perfectionist tendencies are kicking in, or self-doubt.  Maybe the writing itself is challenging them in some way (using a POV they haven’t used before, or switching genres).  Again, we would combine brainstorming, prompts and discussion to figure out the issues and how to move forward.
Each writer will bring their own individual quirks to the mix, as will each story.  My goal is to work with these quirks and help the writer discover what it is that's holding them back, and give them the skills and tools they need to move forward independently.

A2A: This is an interesting option in the writing field, how did you come up with the idea and what inspired you to want to coach other writers?
I’ve had wonderful experiences coaching young actors and fellow dancers, so I decided to try and combine my love of mentoring/teaching and writing.  That, and I am a bit of an anomaly: writing is a very creative field, but I have always been keen on using the more logical, problem-solving side of my brain just as much as the more free-spirited right side.  I love coming at a challenge from an unusual angle and seeing just how to break it down, and in a way that makes sense for all involved.

A2A: Tell us about some of your experience with working with writers in the past.
Together with another writing friend, I read and critiqued chapters of a friend’s memoir on an ongoing basis.  We looked at both micro and macro issues, and brainstormed with her when she hit a standstill.  I find I get quite attached to projects I work on, even when they’re not my own, and it was so rewarding when she would email or call to say, “I had a good writing day today!” because there was that sense of progress that was so encouraging.  Even when things went into a slump, I thought of it more as a pause than a setback,  because in discussing with her what went wrong and figuring out how to get her moving again, we all learned something, and whatever it was would stay with her as she went forward, making her a stronger writer in the long run.
Another experience that comes to mind is the work I did - and am still doing - with a writer who had been writing snippets and coming up with vivid, fascinating ideas for years, but struggled with turning an idea into a story.  I think we forget sometimes, when we’ve been writing fiction for a while, how overwhelming it can be in the beginning.  In working together, she chose the idea that appealed to her most, and for which she already had a fair amount of notes: the first thing we did was figure out an organizational system to corral everything.  We then looked at how to take her character/plot/setting notes and transform them into a story.  The more time that passes, the more she takes to problem-solving independently, and problems that would have seemed insurmountable at one time now show themselves to be puzzles--puzzles with solutions.  It's so rewarding to see her move forward, now at a more consistent rate than ever.  She loves to write, and that’s really coming across in her work as it becomes stronger and stronger.
A2A: Will you be mentoring authors over all different types of genres or focusing on a few select ones?
The genres which lie deepest in my comfort zone are historical fiction, fantasy (urban, historical and traditional), contemporary fiction, chick-lit and mysteries.  Thrillers, science fiction, memoirs and romance are not quite as familiar to me, but I am learning fast.
A2A: What are some of your favorite books? This might help some of our blog readers that might be interested in a writing coach get to know you better as a writing professional and connect with what you like in your own reading.
I love that you used the phrase “some of”!  It would be so hard to narrow down the list otherwise.  Some of the ones that come to mind right off the bat are:
-          Maggie Stiefvater's Mercy Falls series
-          Audrey Niffenegger's Time Traveler's Wife
-          Kazuo Ishiguro's Never Let Me Go
-          Louisa Edwards' Just One Taste
-          Molly Wizenberg's A Homemade Life
-          Melissa Anelli's Harry, A History
A2A: What's your favorite piece of advice for new writers? Same question for more experience writers?
For new writers: try not to get overwhelmed by all the different things there are to know and learn about writing.  You’ll drive yourself crazy and it may even make you want to stop writing altogether.  Instead, focus on one thing at a time.  If you’re struggling with pulling a cohesive plot together, read a book specifically on story structure (James Scott Bell’s Plot and Structure is one of my favorites) and look at some of your favorite books – the ones that keep you turning pages long past bedtime – to see how they build and sustain a satisfying plot.  Better yet, pick out something from the children’s section (I like using Joan Bauer's Rules of the Road), even if that’s not what you’re writing.  No matter what age you’re writing for, the essential principles of a good story still apply, and you may be more inclined to read and study the entire book than if you were leafing through an 80 to 100,000 word tome.
For more experienced writers: don't be afraid of change.  The writing routine that’s worked for you for the last two/three/seven years may not work anymore, and that’s okay.  Try something new.  If you've always written in one location, move around: sit on a bench, go to the beach, hike a mountain (and don’t forget to take your notebook with you!).  If you’re used to writing in silence, create a soundtrack for your current project, and listen to it every time you write until just hearing the opening notes makes your fingers itch to get typing.  And, when all else fails, talk to your characters.  They can tell you virtually anything you need to know about the story if you know how to listen.  Not sure exactly what your main character’s parents are fighting about?  Ask both of the parents – individually – what they would never tell the other person, and write the answer in first person, starting with, "I could never tell you …"  A heated confrontation is exactly the place where this kind of thing would come up!  (This is adapted from an exercise from Barbara DeMarco-Barrett's Pen on Fire.)
I'd also like to thank my wonderful hosts at Author2Author for allowing me to take the virtual stage for a day!
*** If you'd like to find out more about Victoria's new venture as a writing coach, she welcomes you to her website.  She is actively seeking new clients and would be delighted to hear from you.  You can also find her on Twitter and Blogspot.
Thanks for stopping by Victoria!

--Emily, Miss Querylicious and the A2A Girls
Posted by Emily Marshall at 8:38 AM