Learning From Lost (or The Power of the Cliffhanger)

Prior to August of this year, I had never seen an episode of the TV show LOST. I know, I know, I'm way behind the times. I'm caught up through season 2 now though so give me some credit. (But nobody tell me what happens!) 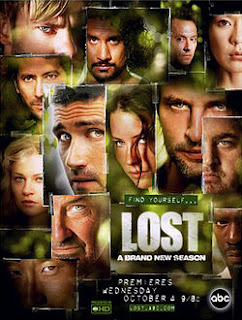 What I've noticed by watching these first 50 episodes is:

1. the cliffhanger episode endings leave me clamoring for more.
2. the better written episodes make those that are weaker stand out so I know which episodes I can skip over.
3. well-developed character motivations and backstories make me like those with whom I did not previously sympathize.
4. it is frustrating to the viewer when the characters don't ask the right questions for the sake of secret-keeping.

So when I read through my thriller again with a look towards epubbing it next year, I am going to make sure:

1. most of the chapter endings are on action-oriented or "big reveal" type cliffhangers.
2. every chapter is written to its fullest potential so they don't seem weak compared to those around them.
3. each character is intriguing and more and more likable -- even the "bad guys" -- as the story goes on and their motivations/backstories are revealed.
4. the characters are smart and don't hide information from the reader without reason.

Thank you, LOST, for making me think about story writing in a different way, and with a clear model that works.

Hooray for epubbing! I can't to hear all about your experience with it! :)

Andrea, I need to hurry up and tie up my 1 MG revision, 1 YA revision, and 1 novella first draft by the end of the year, and then will focus on this come Jan! :)