I'm always looking for the next good book to read. This week I'm quickly reading The Help before seeing the movie. So far, so good! Here's some hot YA releases that came out in the last month. 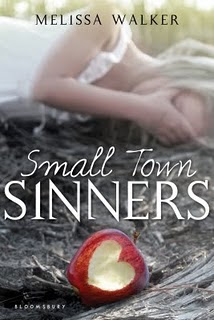 Small Town Sinners is the story of Lacey Anne, daughter of the pastor and perennial good girl, who is eligible for a lead role in the season’s Hell House production—a role she’s been coveting for years. But when Ty moves to town as casting begins, a new perspective is added to Lacey Anne’s world and she starts to see her tight-knit, Evangelical community in a different light. With the help of her two best friends Starla Joy and Dean, and her potential first love Ty, Lacey Anne begins exploring her own thoughts and feelings about her religion, her community, and her place within both. While this novel deals with provocative issues like religion, teen pregnancy and underage drinking, it is not an “issue” book; the topics are masterfully interwoven into this story of friendship and family. 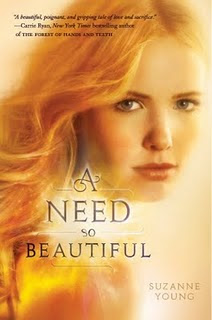 A Need So Beautiful by Suzanne Young

We all want to be remembered. Charlotte’s destiny is to be Forgotten…

Charlotte's best friend thinks Charlotte might be psychic. Her boyfriend thinks she's cheating on him. But Charlotte knows what's really wrong: She is one of the Forgotten, a kind of angel on earth who feels the Need—a powerful, uncontrollable draw to help someone, usually a stranger.

But Charlotte never wanted this responsibility. What she wants is to help her best friend, whose life is spiraling out of control. She wants to lie in her boyfriend's arms forever. But as the Need grows stronger, it begins to take a dangerous toll on Charlotte. And who she was, is, and will become—her mark on this earth, her very existence—is in jeopardy of disappearing completely.

Charlotte will be forced to choose: Should she embrace her fate as a Forgotten, a fate that promises to rip her from the lives of those she loves forever? Or is she willing to fight against her destiny—no matter how dark the consequences? 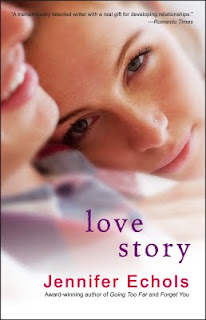 A provocative and powerful story of teen romance, set against the bustling world of a New York City university.

For Erin Blackwell, majoring in creative writing at the New York City college of her dreams is more than a chance to fulfill her ambitions – it’s her ticket away from the tragic memories that shadow her family’s racehorse farm in Kentucky. But when she refuses to major in business and take over the farm herself someday, her grandmother gives Erin’s college tuition and promised inheritance to their maddeningly handsome stable boy, Hunter Allen. Now Erin has to win an internship and work late nights at a local coffee shop to make her own dreams a reality. She should despise Hunter… so why does he sneak into her thoughts as the hero of her latest writing assignment?

Then, on the day she’s sharing that assignment with her class, Hunter walks in. He’s joining her class. And after he reads about himself in her story, her private fantasies about him must be painfully clear. She only hopes to persuade him not to reveal her secret to everyone else. But Hunter devises his own creative revenge, writing sexy stories that drive the whole class wild with curiosity and fill Erin’s heart with longing. Now she’s not just imagining what might have been. She’s writing a whole new ending for her romance with Hunter… except this story could come true.

What recent releases can you not wait to get your hands on?

Kristina, Miss Author in Action
Posted by Kristina Springer at 6:29 AM

I'm reading STS right now and really like it! MW is coming to Rochester Teen Book Fest in 2012!