Can I Write This Off?

Tip of the Day: Stay tuned for Monday 10/15 when I reveal the cover for The Paparazzi Project. Lots of contests coming up next week!

I haven't been home for the last week. I've been busily having a great time on a road trip first to visit family that live up on this really cool mountain in West Virginia. 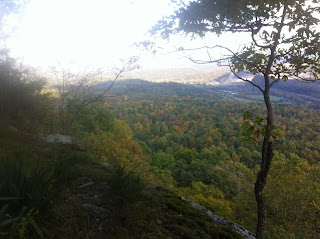 And then for a couple of days in Washington D.C. 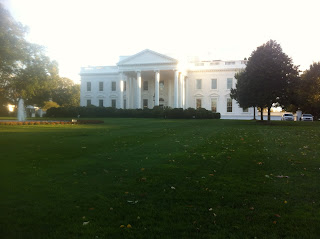 And then the day after I got home I was off again, this time with Megg to the Illinois Library Association Conference in Peoria, IL. 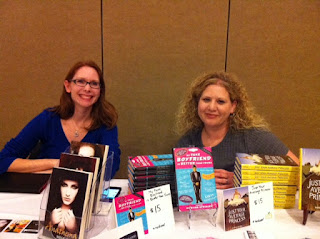 And like most writers, I'm always taking mental notes of places, people, situations and thinking about how I can fit them into a book. Take our first night in D.C. We could have driven into D.C. and parked in a parking garage. But someone told us no, take the metro, it's the best way to travel. So we took a shuttle from our hotel, to the metro. Had problems figuring out how to get tickets and whatnot but finally did. And got all 6 of us to the White House in once piece, though we spent about $30 doing it when there was a nice big parking garage with a sign that said $9 all day parking available. :-)

We walked and walked and walked until we were exhausted. The littlest in our group being 4 and having walked his little legs off. At the end of the night, we realized we were at least a mile either direction away from a metro stop. Crap. We picked a direction (over the Arlington Bridge to the Arlington Cemetery stop) and started walking. We had to stop to sit down three times in that mile because everyone was so tired. When we finally got there we found that the metro stop was closed! There were no signs anywhere saying that this stop would be closed. It was a new thing as of October 1st. And now we were two miles away from the next stop. We were getting really worried as the hotel shuttle driver warned us his last pickup was at 10:45 so we had to call him before then and it was about 9:15-9:30. And we were stuck on an empty road with 4 kids.

We tried for a half an hour to hail a cab. No one would stop. I guess because there were 6 of us. I finally called the hotel and told them our situation and they gave me a number for a cab company. My husband called and when they said we'd need two cabs he got mad and hung up on them. And I started crying. Our situation was really sucking. By some luck, a taxi driver finally stopped for us and I squished all 4 kids in the backseat with me. We didn't care what it cost, we just wanted to get back to the hotel. Only the driver wouldn't drive us all the way to Alexandria. He said he could drop us off at the airport. We agreed. There was no way we were getting back out of that taxi. So now it's 10 something and we're running through the airport trying to figure out where the metro is. We find it, pay another $20 for tickets and catch a train. And we caught the last shuttle to the hotel too.

My husband was upset at what a mess it was trying to get back to the hotel but I was cracking up. How crazy was it that we walked to a closed stop, got stuck on the side of the road, caught a ride to the airport just to catch a train, to catch a shuttle? Spending hours on travel and almost $100 just to get from the hotel to the National Mall and back? When we could have drove and spent $9 on parking?

Posted by Kristina Springer at 7:00 AM

How about a story about a haunted parking garage? You see, the sign didn't really exist for everyone. Just for the victims the parking lot called out to. "What a deal," you thought before you drove into another dimension.

LOL! Or the taxi driver who finally picked you up...actually died 40 years ago! :)