Never Heard of Ya (or Love for the Little Guys)

Tip of the Day: Sick of the presidential debates? Good news for you: They are done! Don't forget to vote in less than two weeks!

After reading Megg's post on how to be a bestseller last week, I thought about all those amazing books that are not bestsellers, probably never will be, but are fabulouso nonetheless and should have a fair shot at fandom.

Since when I do publish my novels, I most likely will not fall into the "1%" of bestsellers, I thought I'd highlight five "lesser knowns" here that I loved, in no particular order: 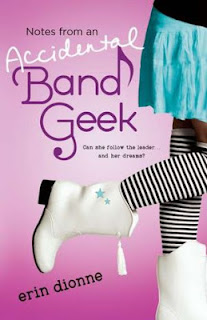 NOTES FROM AN ACCIDENTAL BAND GEEK by Erin Dionne. Freshman Elsie Wyatt wants to be a Boston Symphony Orchestra French Hornist like her father, but when she misses auditions for a junior orchestra and instead must join the marching band in order to fulfill an ensemble band credit for a prestigious music school, Elsie is out of her league...or has she found a new love? This lower YA took me back to my marching band days in all of its pain and glory. I loved Elsie and watching her overcome her challenges and learn new things. This funny novel is a nice light realistic read with heart. (Puffin, 2011) 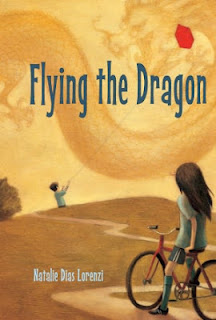 FLYING THE DRAGON by Natalie Dias Lorenzi. Hiroshi, his parents, and his kite-making grandfather move from Japan to Virginia when Grandfather gets sick; Hiroshi's cousin Skye lives there and she takes to Grandfather, whom she just met, and his kites as well; but Grandfather gets sicker and the cousins must work together to keep his kites flying. This sweet, beautiful MG novel grew on me more and more with each chapter I read. It is a lovely tale of families and cultures coming together, and how we are all more similar than different. (Charlesbridge, 2012) 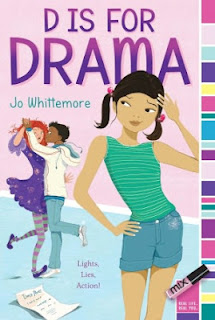 D IS FOR DRAMA by Jo Whittemore. Eighth-grader Sunny is sure she'll be cast in a lead of her Arts Academy's musical production of Mary Pops In, but when she's passed over again -- this time because "an Asian Mary Poppins isn't believable" -- Sunny decides to star in a production of her own that soon includes the other overlooked actors, singers, and dancers in her school. Sunny is quippy and funny and I love how she finds solutions to her problems with the help of her friends and family. An adorable tween novel. (Aladdin Mix, 2012) 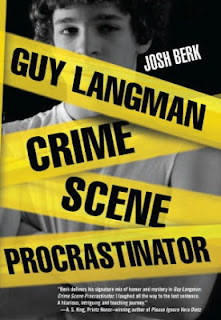 GUY LANGMAN, CRIME SCENE PROCRASTINATOR by Josh Berk. Convinced by his best friend to join the Forensics Club at school, Guy realizes the real-life applications he learns there may help him learn the truth about his deceased father's past, who broke into his house, and who killed a kid on a fake crime scene scavenger hunt. Guy is hilarious, and JB really nails the voice of a 16yo teen boy. I skimmed over some of the extended banter/jokes between the characters, but overall I laughed out loud and enjoyed the outcome of this pseudo-mystery. (Knopf, 2012) 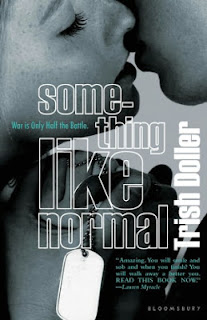 SOMETHING LIKE NORMAL by Trish Doller. Nineteen-year-old Travis is home on leave after his first year as a Marine in Afghanistan and he feels like he no longer fits in with his nightmares about his best friend who was killed in action and other terrors, but when he runs into a girl he knew in middle school, he wants to fight his demons and find a new normal. The banter between the guy characters was realistic and funny, and the voice reminded me of Jennifer Hubbard's novels which I love. I would've liked to see a bit more of the relationships between Travis and his bro and father, but overall this is a nice upper YA about PTSD with a side of romance and family. (Bloomsbury, 2012)

What under the radar books should I add to my TBR list?

Thanks for the shout-out!

I put some recommended contemporary YAs on this shelf:
http://www.goodreads.com/review/list/2757941-jennifer-hubbard?format=html&shelf=ya-contemporary-realistic

Some of them are well-known, but others are books that I think have been overlooked.

Great list, Jennifer! I agree with a lot of these titles as being great books that just never got a push or too much notice like SECRETS OF TRUTH AND BEAUTY and HARMONIC FEEDBACK.

Jennifer, thanks so much for the shout-out with FLYING THE DRAGON--I'm so glad you enjoyed it!